NEW RIVER VALLEY, VA – The men’s basketball teams in the NRV are headed to the NCAA Tournament. 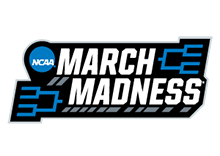 The Virginia Tech Hokies (no. 8 seed in the East Region) received an at-large bid and will face Alabama (no. 9 seed) this Thursday, March 15.

After winning the Big South Championship last week, the Radford Highlanders will be play in the “First Four games today. They’re opponents are LIU-Brooklyn and the winner will be the no. 16 seed against no. 1 seed Villanova on Thursday.

Read more from Mark Berman at The Roanoke Times.

The Radford University Highlanders beat LIU-Brooklyn to make it to the first round. Radford was then defeated by Villanova. Virginia Tech also lost by 3 points to Alabama in the first round.

While the Hokies and the Highlanders didn’t make it past Round 1 this year, there was a lot of love for these NRV teams. Radford alumnus and ESPN commentator Marty Smith showed his support, even letting Reggie Miller know he’d help him get to town for a game.

Hit me up, @ReggieMillerTNT. I show you around the New River Valley.

RU Coach Mike Jones was glad Virginia’s New River Valley had the opportunity to be seen:

“It’s such a special place… this gives us a chance to kind of shine a light on such a special region to have two teams from that region here.” – RU Coach Mike Jones
Read more @marchmadness coverage of NRV teams @hokiesports & @RadfordMBB here: https://t.co/gUakl11ups pic.twitter.com/Xf1r2mmBFA

The NRV is such a special place. Not just because of our universities, but because of the people who attend them and populate the rest of the region. Whether you’re an alumnus, a long-time resident, or a new professional, it doesn’t take long to see Virginia’s New River Valley is A Natural Fit.

Virginia’s New River Valley: For those searching for an inspiring place to live and do business, Virginia’s New River Valley provides both an eclectic small town atmosphere and an innovative, collaborative business community with a loyal, highly skilled, and educated workforce. Offering the best of all worlds – magnificent mountains, cutting-edge research, arts, entertainment, and education – it’s A NATURAL FIT.

Onward NRV: Onward NRV is a public/private, regional economic development organization whose mission is to attract and retain world class jobs, investment and talent in Virginia’s New River Valley. It’s also a movement where leaders from business, government, and higher education work together to promote the economic vitality of the region.